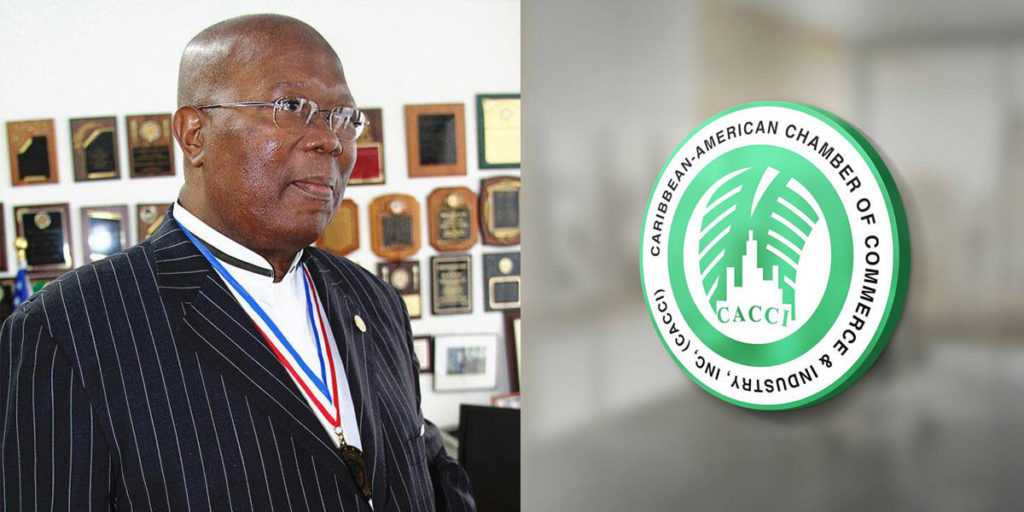 Brooklyn, NY April 9, 2020.  On behalf of the board of directors, staff and members of the Caribbean American Chamber of Commerce and Industry (CACCI), and the Board of Directors of the Caribbean   American Chamber of Commerce & Industry Educational Foundation, Inc. it is with a deep sense of sadness and sorrow that we announce the passing of our Founder, President and Chief Executive Officer, Dr. Roy Alexis Hastick, Sr.

Born in Grenada, WI, Hastick migrated to the United States in 1972 and worked for several years as an administrator, community advocate, entrepreneur and newspaper publisher. In 1985, Dr. Roy A. Hastick, Sr. founded the Caribbean American Chamber of Commerce and Industry, Inc. (CACCI) with 10 founding members. Under his leadership, the organization has become a well-recognized business entity by providing services to over 1,800 Micro and Small Businesses in the tri-state area and in the Caribbean. Over the years, CACCI has sustained and developed its mission, which is to promote economic development on behalf of Caribbean Americans, African Americans, women and other minority entrepreneurs

As President and CEO of CACCI, Hastick is credited for his tireless efforts, which has resulted in the development of a structure that serves the small business community and fosters a climate of unity and harmony among diverse cultures. A sought after motivational speaker, Hastick has convened over 600-business development seminars that bring together the CACCI membership with other entrepreneurs and the wider business community to network and access business resources, to make contacts and explore contracts.  As an ardent supporter of Two-Way trade between the United States and the Caribbean region, Hastick, an elected delegate to the 1995 White House Conference on Small Business, campaigned and was successful in getting Two-Way trade with the Caribbean region into the final recommendations that were submitted to the United States Congress.

For almost two (2) decades, CACCI managed the Flatbush Caton Vendors Market, which housed over 40 vendors and through collaborative efforts with NYC Small Business Services, the City of New York Economic Development Corporation and other development stakeholders, his long-term goal of creating a Caribbean American Trade and Culture Center is coming to fruition. NYC EDC, HPD, BRP, Urbane and CACCI broke ground in spring 2019 to begin construction of a mixed-use housing and retail development complex, which will be located in the 40th NYC Councilmanic and the 9th Congressional District in Brooklyn, N.Y.

Hastick has served on numerous economic development and community boards including: Governors’, Mayor’s, Borough President’s Transition Teams, Brooklyn Navy Yard Development Corporation, JP Morgan Chase CAB Board, New York City and Company, Inc., the Marketing and Tourism arm of the City of New York, St. Maarten Business Association and as a delegate to the United Nations for Grenada. He has received numerous awards including: National Small Business Advocate of the Year by the United States Department of Commerce; was honored at the White House at New York Day in Washington, DC. He was also the recipient of an Honorary Doctorate of Humane Letters from City University of New York (CUNY), Goodwill Ambassador Award from the Jewish community for “his impressive record of achievements, promoting economic development, and for working in collaboration with others to cultivate understanding and mutual respect.”

According to CACCI Board Chairman, Edmund Sadio:

“Dr. Hastick has given his ALL for the Caribbean Community, may he rest in peace”.

Dr. Hastick will be missed by many, but his legacy lives on.  We send our prayers to his wife Dr. Eda Harris-Hastick, his children, grandchildren, siblings, family and friends.  All of us at CACCI mourn his passing and pray that God’s grace will sustain his family during this time of bereavement.  To his family, other loved ones and friends, CACCI boards extend their deepest condolences.

Tributes and Memorials will be announced

All acknowledgements for the family can be sent to rhastick.motes@gmail.com