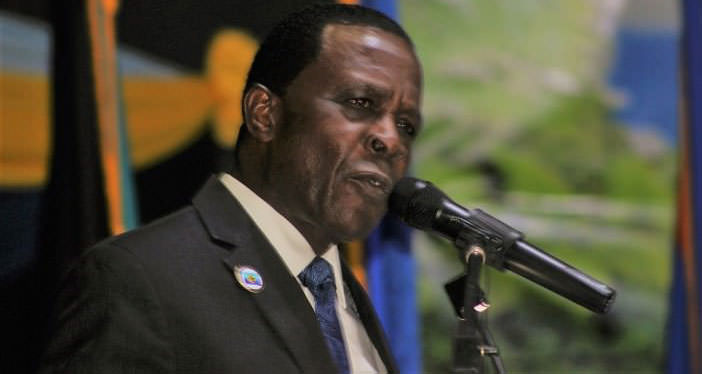 Developing inclusive mechanisms to close the political distance between integration arrangements and the demands of the people of the Region is a task that the Caribbean Community (CARICOM) must confront.

Incoming Chairman of CARICOM, Dr. the Rt. Hon. Keith Mitchell, Prime Minister of Grenada, issued this charge to his colleagues at the Opening Ceremony of the Thirty-Eighth Meeting of the Conference of Heads of Government of CARICOM, 4 July, 2017. The Ceremony was held at the Grenada Trade Centre, St. George’s, Grenada.

“Having spent 32 years and counting, in the political arena, I have become convinced that perhaps the most difficult task is to develop “inclusive” mechanisms that close the “political distance” between our integration arrangements and the demands of our people, at all levels of our societies—but especially with our young people,” Prime Minster Mitchell said.

Closing that political distance with “our regional constituents”, he added, also meant that barriers to intra-regional trade had to be lifted. He framed his comment in the context of the commitments to eliminate barriers to trade by regional forbearers as far back as Dickenson Bay in 1965.

“I am sure we would all understand how, fifty two years on, our Regional constituents are becoming skeptical, when it is demonstrated time and time again that – after satisfying all of the Treaty provisions – they cannot export to their own neighboring countries, duck meat from Suriname or honey from Grenada. The same honey is exported to the United States and Europe, and has won several international awards for quality. These actions diminish the hard earned gains of our integration efforts—so much so, that it is widely chronicled about CARICOM that “intra-regional trade is obstructed by non-tariff barriers, which all affect our global competitiveness”, the Prime Minister said.

In his address in which he touched on a number of issues that were critical to the development of the Community, PM Mitchell honed in on the accomplishments, challenges and criticisms of the Region.

He pointed to the “tremendous strides” that were made, and singled out the strengthening of governance arrangements and the crafting of a development space that would facilitate the economic and social advancement of CARICOM.

“Evidently, our Region has made tremendous strides in a number of critical areas, of which we ought rightfully, to be proud. We have managed to craft a development space, made more predictable and certain by the impositions of the Caribbean Court of Justice, in order to deploy strategies for the economic and social advancement of our Community. We have also strengthened our governance arrangements, and agreed on improved modalities for public consultations”, he pointed out.

Prime Minister Mitchell, in in alluding to the challenges the Region faced, highlighted weak domestic and intra-regional air travel and the high cost of travel. He called on his colleague Heads of Government to collectively agree to reduce airline ticket taxes and other fees which lend to the high cost of air travel. He also raised concerns about the operations of regional air carrier, LIAT.

Rhetorically questioning whether collective action was being taken to resolve the challenges the Community faced, PM Mitchell charged his colleagues to be ready to “stand in the gap for each other”.

“We must, therefore, seize the opportunity of this 38th Meeting of the Conference, to summon both the spirit of the Grand Anse Declaration and the collective experiences of the last twenty eight years, in recalibrating our approach to the environment in which CARICOM must continue to pursue the ideals of the CSME,” he said.