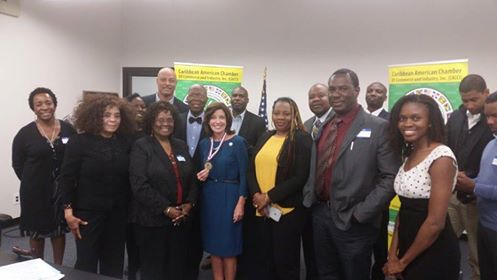 Lieutenant Governor Hochul chairs 10 Regional Economic Development Councils that have transformed the state’s economy by building upon regional strengths through long-term strategic plans. The Councils include leaders from academia, business, labor and not-for-profits and, to date, have invested $4 billion into more than 4,100 projects across the State. The Lieutenant Governor also chairs the State Workforce Investment Board which addresses the number one concern of businesses: the lack of skilled workers.

Governor Cuomo appointed Lieutenant Governor Hochul to chair the Task Force on Heroin and Opioid Abuse and Addiction. In this capacity, she convened eight outreach sessions across New York State to hear from experts and community members in search of answers to the heroin crisis and works to develop a comprehensive strategy for New York.

Hochul spearheaded Governor Cuomo’s Enough is Enough campaign to combat sexual assault on college campuses beginning in 2015 hosting and attending more than 25 events. As the highest ranking female elected official in New York State, she continues to be a champion for women and families across the state. In March 2016, Governor Cuomo named her to the New York State Women’s Suffrage 100th Anniversary Commemoration Commission.