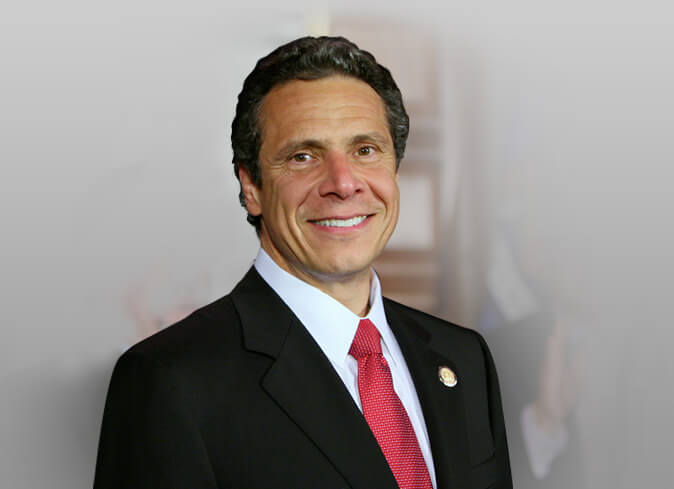 Governor Andrew M. Cuomo today departed on his second relief mission to Puerto Rico following Hurricane Maria and announced new efforts to address two of the largest issues that the island continues to face – access to clean water and restoration of its power grid. The Governor traveled with Secretary to the Governor Melissa DeRosa, State Budget Director Robert Mujica and New York State Power Authority President and CEO Gil Quiniones. Once in Puerto Rico, the delegation will meet State Division of Homeland Security and Emergency Services Commissioner Roger Parrino who has been on the ground assisting efforts.

Through the Empire State Clean Water Fund, New York is pledging $1 million to support the purchase of water filtration systems for households and communities that continue lack access to clean water. Already, the state has secured commitments from partners including the Partnership for New York City, the Orthodox Union and TIDAL.

Governor Cuomo and the delegation traveled on a donated Delta flight with a plane-load of water filtration systems. The Governor also delivered over 27,000 bottles of water between the Delta flight and an additional UPS flight.To date, New York has delivered over 1 million bottles of water and millions of pounds of other supplies through the Empire State Relief and Recovery Effort thanks to the generous donations of New Yorkers across the state and the support of key partners including UPS and UNICEF.

VIDEO of the event is available on YouTube here and in TV quality (h.264, mp4) format here.

PHOTOS of the event will be available on the Governor’s Flickr page.

A rush transcript of Governor Cuomo’s remarks is below:

Good morning to all of you. Thank you for coming. It has been over five weeks since the hurricane crisis in Puerto Rico. And unfortunately it is still a crisis. It is still an emergency. You still have over 80 percent of the island without power, which is unbelievable when you think about it. Thousands of people in shelters. People in dangerous conditions, where they’re drinking water that actually may be poison.

I’m very proud of what New York has done in the midst of all this. Joining me this morning we have a number of people who are representative of the New York effort, which started right away. We went down literally on the first flight after the hurricane to see how we could help. And we’ve been helping every day since. I want to thank Delta Airlines and Ed Bastian and Henry Kuykendall for the flight today and for the many flights they’ve provided to transport goods. UPS has provided over 10 cargo planes to transport the goods that New Yorkers have donated. UNICEF and Chelsea Peters are here today. They’ve donated hundreds and hundreds of thousands of dollars to pay for collection and transport. Kathy Wylde and the Partnership and Tidal and Allen Fagin, who’s here from the Orthodox Union, have contributed in paying for transportation and for water filtration devices that we are going to be bringing down today.

Randi Weingarten—one moment for the airplane, it happens when you’re at an airport. Randi Weingarten and the American Federation of Teachers have been extraordinary in the number of volunteers that have gone down, the amount of money that they have raised, they’re helping us today with the water filtration equipment. And we have 1199 SEIU, we have Ken Raske from the Greater New York Hospital Association, we have the Nurses Association and Jill Furillo who have been providing literally hundreds of medical personnel who have been going down and providing much needed medical services.

But more than anything today, I’m interested in speaking with Governor Rosselló and I want to communicate the attitude of New Yorkers, which is much different than he attitude that we’re hearing from Washington, DC. Washington is talking about how long the emergency troops, the FEMA troops, can stay there. There have been suggestions from our federal government, “Well you know, they can’t stay there forever.” New York, we have the exact opposite attitude. When you’re talking about the people of Puerto Rico, you’re talking about Americans and when you talk about leaving before the job is done, we never talk about leaving Americans in a critical situation. So this emergency operation is far from over and I don’t know how the President or anyone else can be talking about leaving when it’s been over a month and we still haven’t made the kind of progress that we need to make, and you still have millions of people who need urgent help.

Also, we bring a different attitude than Washington and the President in, we have to find the silver lining in this crisis. The President is fond of saying, “Well you know, Puerto Rico needed help before the hurricane.” He’s right. Puerto Rico needed help before the hurricane. But this is an opportunity to actually provide the help that Puerto Rico needed. We in New York are coming up on the five-year anniversary of Hurricane Sandy. Hurricane Sandy, we went through tremendous hardship. We spend billions of dollars. But we rebuilt a New York that is better and stronger than it was before Hurricane Sandy. That should be the attitude in Puerto Rico. We’re going to rebuild Puerto Rico. Let’s start designing now, a stronger, more resilient Puerto Rico. That’s where New York wants to help. That should be our attitude and that’s where we can help. Let’s design a power system that replaces the old failed power system. Let’s design a new health care system. Let’s design a more resilient Puerto Rico, just the way we’re designing a better Florida and a better Texas and a better New York after Hurricane Sandy.

So we’re bringing down power experts who can help design a new power system for Puerto Rico, health care experts who can help design a new health care system for Puerto Rico. The federal government will have to appropriate billions of dollars. We want to find out how to use those funds and use this opportunity to find the silver lining and make Puerto Rico better and stronger than ever before. So it’s a two-part mission, we’re still in emergency phase, bring down the equipment that people need now on an emergency basis, but let’s start talking about the rebuilding and calibrating what this nation should be doing going forward. I want Washington to know the answer is not looking towards the termination of the operation, because the operation is just beginning and it’s a long road and there’s a lot of work to do and New York is going to be there as it was from day one, until the end. And I believe we have to find the opportunity in all of this to make sure, God forbid there’s another disaster, Puerto Rico is better positioned to handle it than they were this time.

I want to applaud all the New Yorkers who have helped. The ones who are with us today. I like to say about New Yorkers, they say we’re tough. We can be tough. But when things are at their worst, New Yorkers are at their best. And there are no more people who are more generous, more loving, more caring than New Yorkers. If you need help. New York is the place to come, always. And New Yorkers showed that again.