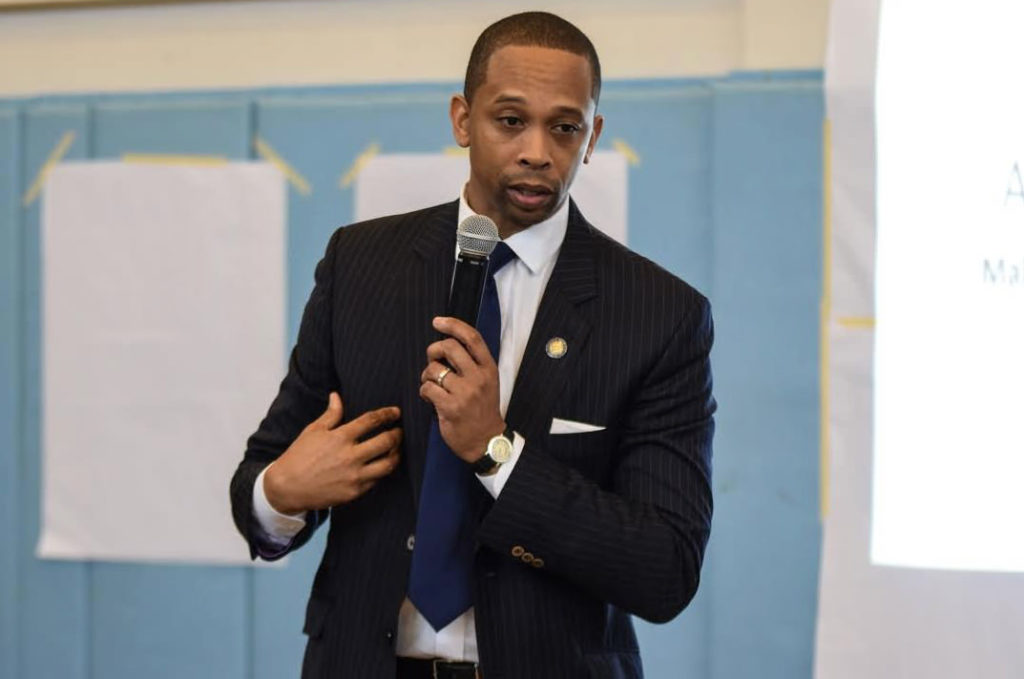 [Brooklyn, NY – July 31st 2017] – In recent weeks Assemblyman Mosley held a Town Hall meeting with Council Member Laurie Cumbo, Senator Jesse Hamilton, District Leader Davis and the NYPD to discuss concerns over the upcoming J’Ouvert festival. In response to the concerns brought to light by community stakeholders, the NYPD announcing that they have included the following precautions to the 2017 safety plan:
“I am thrilled that the NYPD has taken the concerns of the community seriously. Over the past few years we have experienced senseless and tragic acts of violence that has marred an otherwise
vibrant and uplifting celebration of culture and history,” said Assemblyman Walter T. Mosley. “Myself, along with Mayor de Blasio, Borough President Adams, and J’Ouvert organizers are working diligently to ensure community outreach and education platforms are at the forefront of these safety efforts. Through education we will be able to bring new life to the history behind
J’Ouvert and bring our community together.”
###
Previous Post
Mayor de Blasio Kicks Off Summer Youth Employment Program with record 70,000 Jobs and Over 11,000 Worksites
Next Post
WEST INDIAN AMERICAN DAY CARNIVAL ASSOCIATION ANNOUNCES ITS 50TH ANNIVERSARY LINEUP FOR 2017